Want to know more? Try out these links to sites of Ricardian interest! 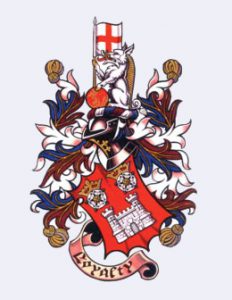 The Society in the United Kingdom

The Society in the United States

Branches of the Society in Australia

The Society in New Zealand

Branches and Groups of the Society in the UK

Edward IV’s conclusive battle in the Wars of the Roses

The bloodiest battle of the Wars of the Roses

Laura and Roy Blanchard offer a pictorial tour of the battlefield at Towton, for those of us who have to do our travelling vicariously!

A restored medieval townhouse resurrected in the center of modern York.
Once the home of Alderman William Snawsell, during the period of King Richard III’s reign

John Ashdown-Hill successfully traced descendants of the House of York to Canada.
Read about his fascinating research on his website.

The Wars of the Roses

A very comprehensive site on the Wars of the Roses,
with a summary of all the battles and the major players

The College of Arms

The College of Arms was incorporated in 1484 by King Richard III.
This website offers the history of heraldry and the granting of arms.

Graham Turner has painted some fascinating portraits of King Richard, capturing the spirit of the man and the age.

The De Re Militari, the Society for Medieval Military History, is a professional non-profit association established to foster and develop interest in the study of pre-modern military affairs.

While not quite in our historical period, the Society has a special friend in Heather Dale,
an acclaimed interpreter of the Arthurian legends. We hope you will enjoy her ethereal music as much as we do!

Hurly Burly is a medieval and renaissance ensemble and choir,
who performed to great acclaim at our Conference in October 2004, and again in September 2012.

Lost in Castles has produced a collection of DVDs on Ricardian castles, including Middleham and Sandal.
If you are a castle “fan”, there is lots of other interesting facts and photos of castles to enjoy here.